It's a rainy one here in Northampton, MA, and the only snow left on the ground is brown.

"Hi," you say. "You actually update this blog?"

Well, not often. Perhaps that will be next year's resolution, along with "lose weight" and "read more."

Facebook notwithstanding, I'm not entirely comfortable with "me, me, me," at least not for a slew of consecutive paragraphs. I'd rather write about anything else but me. I can never seem to locate the highly desired Conversational Tone.

So, having said that, let's get the "me, me, me" out of the way. This was quite a year.  The big, obvious highlight is Gateways to Abomination, the book I self-published in late July. Looking through old emails and statements, I see that I was conferring with Tom Pappalardo about cover design as far back as February. In mid-May I bought a new computer and Word 2013. The ancient 2006 technology I'd been working with before then was utterly incompatible with Createspace. In the months between May and July I worked hard to edit, format, and update stories and vignettes I'd been writing and posting on Livejournal since 2005.


In July, just before leaving for an idyllic two-day vacation in Hull, I took the final step. For better or for worse, largely unaware of the stigma attached to self-publishing*, I hit the button and made the book available.

Now, 5 months later, I have so many people to thank, I don't know where to start. Well, sure I do. Tom Breen has been pushing me to publish since 2005. S.J. Bagley put me in touch with Justin Steele. Justin's review in the Arkham Digest put the book on people's radar. These three people are my (un)holy trinity. I must also mention Adrean Messmer, whose interest in the story "Pharaoh," prior to the book's release, buoyed me, and whose review of Gateways I reread often. Her group "A Murder of Storytellers," based in Oklahoma, will be releasing "Pharaoh" as part of an upcoming anthology. I can't forget Jonathan Raab, who wrote another early review, and who invited me to write a story for a Muzzleland Press anthology scheduled for release next year. And Scott Goudsward, whose tireless efforts on behalf of the New England Horror Writers are nothing short of heroic. All the readers and reviewers. My wife, who did the cover art and Tom Pappalardo, who designed the cover. Everyone who bought a copy. So many people, from family to old friends to new friends, many of the latter writers and editors whose work inspires me and pushes me to try harder. I'm afraid to start naming them for fear I'll leave some out.

OK, on to 2015. You will see brand new stories from me in the following publications:
Stories from Gateways to Abomination will be published in:
A million joyous thank yous to the editors of those publications.

Also, I will be putting out an illustrated Chapbook entitled The Witches of Western Massachusetts, Volume 1. It's likely I will again self-publish, though I am considering other possible avenues. I'm thinking April for its release.

I'd like to put together a second collection soon. I envision it being divided into WXXT stories, non-WXXT stories, and stories that are comic (and cosmic) homages to Lovecraft.  I hope it will see the light of day next year. If not, definitely in 2016.

I seem to have begun a second career at the age of 44. It's unexpected.  As a novice, I entered cold. I'm still learning the protocols. I hope I have comported myself in a manner befitting the respect I have for the writers, editors, and publishers who make possible the current Weird Renaissance of which Scott Nicolay speaks.

The work continues as I hammer away at several works-in-progress. The Two-Wheel System. The Meat Manager's Prerogative. Annelid Industries, Inc. I look forward to more reading, more writing, more blogging, less eating in 2015.

I can't wait to see what's in store from the writers and publishers whose work I love. As a reader, it's truly a great time for Weird Fiction. As a writer, all I can do is push myself to do the best work I can. Onward, onward.

Next blog post, I hope soon: the books I've read this year.


*Self-published books are poorly written and rife with typographical errors and bad grammar. Moreover, their authors are rude and unapologetic self-promoters.
Posted by Matthew M. Bartlett at 7:32 AM 1 comment:

I've been interviewed for the venerable Arkham Digest!

Click here to read my Arkham Digest interview!
Posted by Matthew M. Bartlett at 3:28 AM No comments:

Read this terrific review from the Arkham Digest!
Posted by Matthew M. Bartlett at 12:45 PM 1 comment:

"A Panoramic View of Terror"


"Bartlett’s voice is strong, his scenes unnerving...Gateways to Abomination is a happy discovery in the side alleys of independent horror. Readers interested in something that will push their buttons, something that will inspire a contagious sort of fear beyond the reading experience, would do well to pick up a copy of this book and support a truly unique and disturbing take on Satanic horror and weird fiction."

Gateways to Abomination reviewed on Playwithdeath.com! Click the link below the pic. 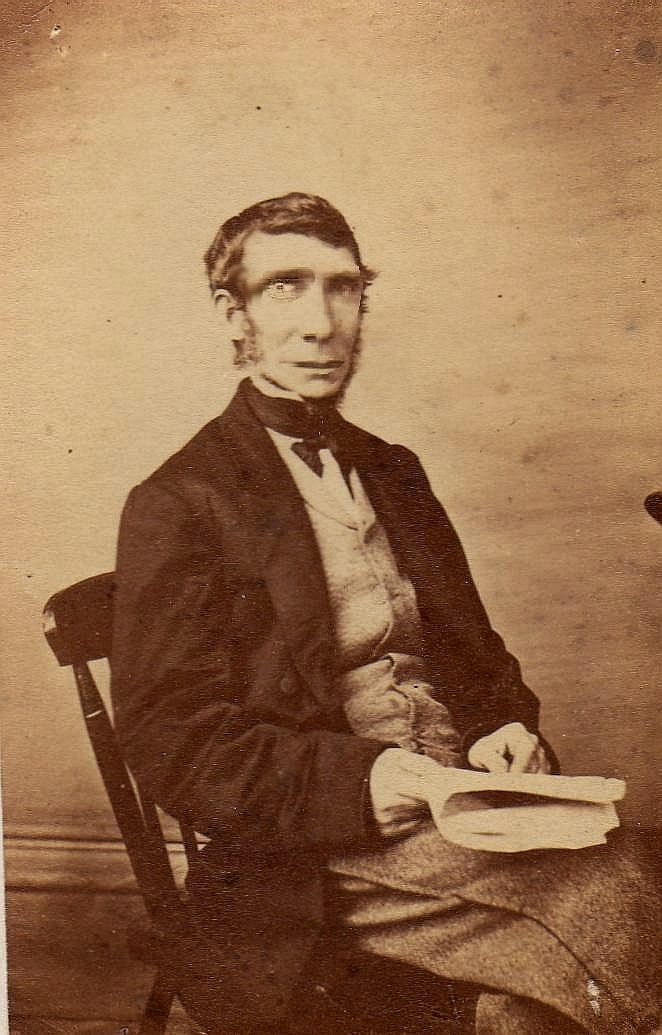 Gateways Reviewed
Posted by Matthew M. Bartlett at 3:24 AM No comments:

Available on Amazon in Paperback and eBook editions. 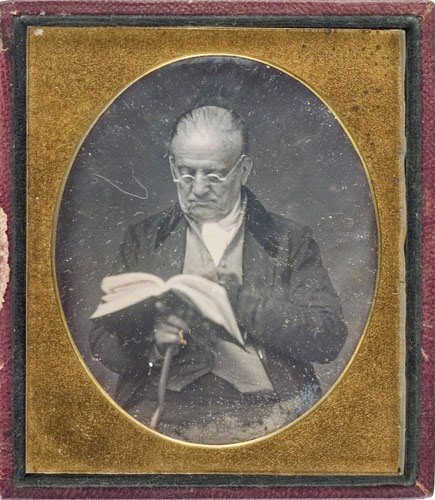 Gateways to Abomination - available on Amazon!
Posted by Matthew M. Bartlett at 3:20 AM 4 comments: 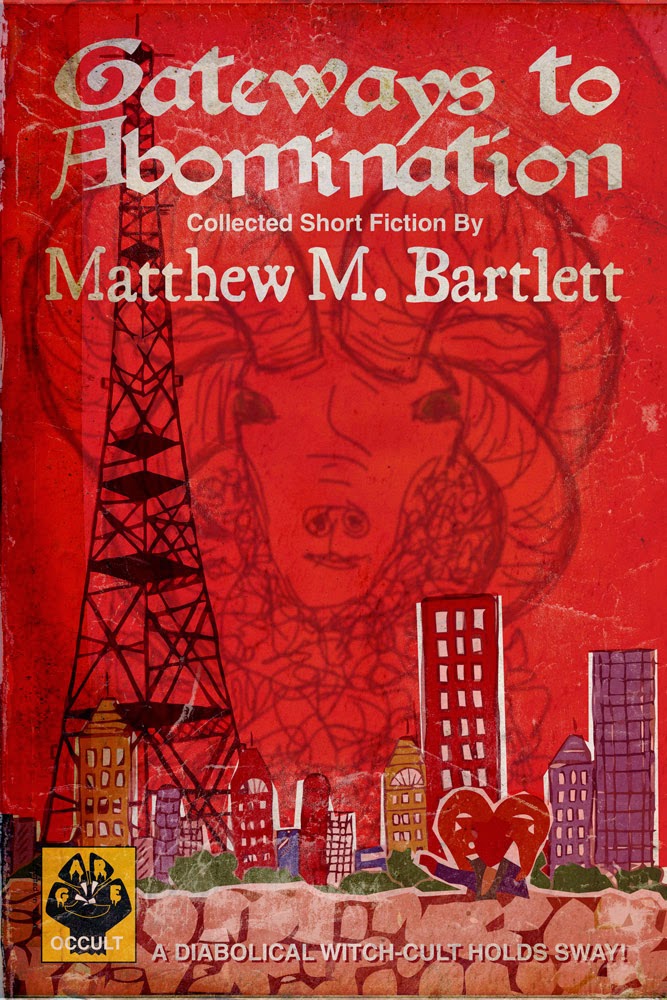 Bizarre radio broadcasts luring dissolute souls into the dark woods of Western Massachusetts. Sinister old men in topcoats gathered at corners and in playgrounds.  A long-dead sorcerer returning to obscene life in the form of an old buck goat.  Welcome to Leeds, Massachusetts, where the drowned walk, where winged leeches blast angry static, where black magic casts a shadow over a cringing populace.  You've tuned in to WXXT.  The fracture in the stanchion.  The drop of blood in your morning milk.  The viper in the veins of the Pioneer Valley.
Posted by Matthew M. Bartlett at 3:15 AM 1 comment: